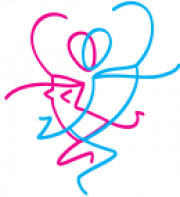 The “E-Motional: rethinking dance” programme is currently launching its first European call for projects in the frame of E-Motional/ ArtistNe(s)t Residencies and MAP – sharing of processes strands, to be developed in 2014-2015. As the title shows, the guiding idea of the programme and of the residencies and research strand is re-thinking of artistic practices and formats and finding the right language in development of new artistic contents in the field of contemporary dance.

The present E-Motional call for proposals has a multidisciplinary profile and includes opportunities for dance professionals as well as professionals coming from all movement-based or connected disciplines (visual arts, new media, music, theatre, etc.) in Bucharest, Riga, Porto, Bacau & Luxembourg. Deadlines for application are February 10, 2014 - for residencies and April 10, 2014 for MAP - sharing of processes. Details on the the opportunities are to be found in the attached  document.

More details on E-Motional at contact@e-motional.eu.  The project website will be re-launched early January 2014.
Until then you can visit and like the project dedicated Facebook page https://www.facebook.com/pages/E-Motional/1424732907741754.