Rethinking the Region and Regionalism in Australasia 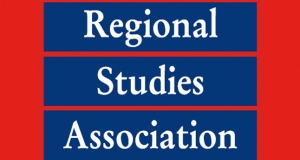 Rethinking the Region and Regionalism in Australasia:

Challenges and Opportunities for the 21st Century

Cities and regions in Australia and New Zealand have experienced more than 30 years of social and demographic dynamism as a consequence of micro economic reform, greater engagement with the global networks of production, new patterns of migration, rising national prosperity and the shift towards a service-based economy. For some regions, cities and towns change has resulted in growth, while for others the last three decades have been marked by fluctuating fortunes and even decline. Public sector reforms at the national, provincial/state and local levels have contributed to these processes of change, calling into question both previous paradigms and policy settings. These changes have had immense impacts for academics and other researchers involved in the study of regions, resulting in the development of new theoretical positions and the need to engage with a much broader set of intellectual arguments. The first Regional Studies Association event in Australasia seeks to contribute to the growth in academic dialogue at the local and global scales.