Academy of Drama Arts in Zagreb

Darko Lukić, PhD, is a theater scholar, playwright, and novelist.

BA in comparative literature and philosophy, MA in dramaturgy, and PhD in theatrology.

His education and training includes also Tisch School of the Arts - New York University, Institute for Theater Anthropology - University of Copenhagen, European Academy for Culture and Management in Salzburg, and many seminars, workshops and educational trainings in Europe, USA, South America and Asia.

His professional experiences include positions of:

Artistic director of drama theaters like National Theater in Sarajevo, artistic director and manager of Theater &TD in Zagreb, positions of Vice Dean and Deputy Dean at Academy of Drama Arts University of Zagreb. 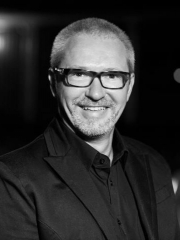