Faculty of Dramatic Arts, University of Arts in Belgrade

Nikola Maričić has been working at the Faculty of Dramatic Arts in since 1988  (full professor since  2005), at the Department of Management and Production of Theater, Radio and Culture.

He is the President of the Council of the Faculty of Dramatic Arts and a member of the Senate of the University of Arts in Belgrade.

Nikola Maričić graduated from the Faculty of Dramatic Arts in Belgrade in 1986 and received his MA degree in 1992 on the organizational aspects of radio in Serbia for the period from 1945 to 1990 (Institutional models).

Nikola Maričić defended his PhD thesis entitled Functioning of the Market with the Use of Radio Modern Management in 2001 also at the Faculty of Dramatic Arts. It was the first doctorate in the field of radio production in the country.

Nikola Maričić is very active in the field of production and organization in all aspects of domestic mass media. By focusing on his primary orientation (radio production), he expressed commitment to several Belgrade radio station (Studio B, and the 202 program, drama program, Eco program and Radio Belgrade 1).

Between 1985 and 1991 he was the main organizer of a number of feature-documentaries and two feature films. As producer and collaborator on television, he worked on both informative and educational programs. Being the Marketing Director, he participated in the founding of the Art TV.

After meticulously reviewing the period of institutionalization of radio in Serbia, Dr. Maricic has dedicated his work to the vision of the reconstruction of the market radio that has performed as a result of the transition in the country in terms of ongoing changes. A series of theoretical and polemical works on specific management of electronic media followed, with a focus on the theory and practice of the American media with no national, legal and linguistic diversity which typical for the European practice.

Nikola Maričić’s contribution to the academic discourse can be seen in more than twenty articles published and communicated in the country and abroad. The main works are included in the Proceedings of periodicals of the Faculty of Dramatic Arts. He has published books Radio Profiles (1994) and Anatomy of Radio (2007) 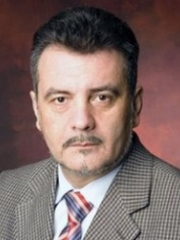