Putting Culture in its Place in Political Economy 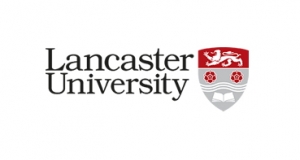 Cultural Political Economy (CPE) is an emerging and still developing trans-disciplinary approach oriented to post-disciplinary horizons. It engages with 'cultural turns' in the study of political economy to enhance its interpretive and explanatory power. Intellectually CPE originated in a synthesis of critical discourse analysis, critical political economy, neo-Gramscian state theory, neo-Gramscian international political economy, the regulation approach, feminism, post-colonialism, governmentality and governance studies. This two-day post-disciplinary conference will give researchers and post-graduate students an opportunity to examine and debate the philosophical and methodological foundations of CPE and to explore its substantive implications for research. It invites discussion at the interface of 'cultural turns', critical realism, critical discourse analysis and political economy. Specifically, it focuses on the cultural (and semiotic) dimensions of political economy considered both as a field of inquiry and as an ensemble of social relations.

In the light of multiple crises at many sites and scales in the global economic, political and social order, the organizers invite papers that address theoretical or substantive aspects of the changing nature and dynamic of contemporary social formations and identities.