The 4th European Colloquium on Culture, Creativity, and Economy 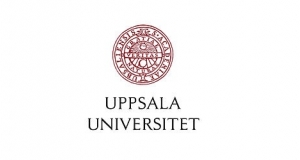 The 4th European Colloquium on Culture, Creativity, and Economy will be hosted by CIND together with Florence University in Florence 8-9 October 2015

During the past decades myriad links between culture, creativity and economic practice have become major topics of interdisciplinary study. This colloquium is aims to bring together leading edge scholars from across the social sciences to critically examine the intersections between these spheres and symbolic and culturally embedded values in particular, and how they are pervaded by and pervade the global economy. Our aim to create a space for vibrant critical discussion about how ‘creativity’, cultural meanings, cultural phenomena, cultural workers and organizations are not only valuable to the market but increasingly drivers and framers of the systems of value and taste that economic actors attempt to capture and trade upon. Though culture and creativity have always been central to human civilization there is increasingly a need to understand culture and creativity as central agencies and motifs in the current stage of globalized capitalism, in the digital and knowledge economy, and in the development of human values, communities, regions and cities.

The Fourth European Colloquium on Culture, Creativity and Economy (CCE4), which will be held in Florence from October 8-10, 2015, will take up and continue an international and interdisciplinary debate on these topics. This debate was originally initiated during a workshop in Padua in 2011 and subsequently given an institutional character as a European Network of Excellence during European Colloquiums on Culture, Creativity and Economy in Uppsala in 2012 (CCE 1), Berlin in 2013 (CCE2) and Amsterdam in 2014 (CCE3). The aim is to continue the debate while consolidating the emergent research network through follow-up events. Above all, however, the colloquium aims to bring scholars together in an exciting, intense and dynamic meeting aimed at generating not only new networks but new knowledge, approaches and practices. The event will give participants the chance to share ideas, receive feedback on current research, and to preview cutting edge research in the field. In other words, beyond simply constructing networks, the Colloquium will create a dynamic and sustainable discursive space.

For more information you can take a look at the following web site: