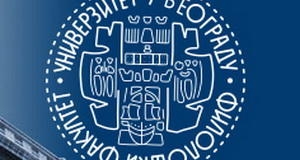 The Faculty of Philology of the University of Belgrade is pleased to announce the 15th International Conference on Minority Languages (ICML XV) which will be held in Belgrade, Serbia, May 28-30, 2015.

International conferences on minority languages have been taking place on a regular basis since 1980. Their focus has always been on the minority languages, and with special emphasis on European values of multilingualism and plurilingualism, and in line with European initiatives and documents regarding the maintenance, status, revitalization and place and role in educational systems of these languages.

“The series of International Conferences on Minority Languages offer an opportunity to discuss various disciplinary approaches. Good research practices are transmitted and disseminated. Effective use of dialogue and deliberation leads to an increase in policy formulation and basic research.” (Gorter, 2009, on-line document, available athttp://www.icml13.org/fileadmin/icmlxiii/pdf/Minority_Languages_Today_brochure_2009.pdf , p. 37)

The primary objective of the 15th ICML is to look at results achieved so far, recognize examples of good practice and identify problems and challenges and propose new perspectives in the area of minority language education. The organizers are hoping to bring together new theoretical approaches and practical models of minority language education European and world-wide perspective.

A number of workshops promoting ethnolinguistic minorities living in Serbia which would help us all recognize and value ethnolinguistic diversity in our country are planned for the duration of the 15th ICML in Belgrade, in collaboration with different national and international cultural and academic institutions in the city.

The conference is organized, but not restricted to the following topics within the above outlined general theme:

While ICML XV in Belgrade will continue the tradition of ICML to discuss these questions with respect to minority languages of Europe, this conference also sets out to expand the scenery of ICML and therefore especially invites proposals concerning the study of minority languages in other parts of the world.

CALL FOR PROPOSALS
Proposals regarding original and previously unpublished research on minority languages are invited in two formats: colloquia and individual papers. Proposals should fall broadly within the conference theme.

Proposals for colloquia
Colloquia are collections of paper presentations that relate to a narrowly defined topic of interest, and are offered in a three-hour time block. Proposals for colloquia are limited to 700 words, and should include brief summaries of each of the papers to be included, along with paper titles and individual authors’ names. Sufficient detail should be provided to allow peer reviewers to judge the scientific merit of the proposal. The person submitting a proposal for a colloquium is responsible for securing the permission and co-operation of all participants before the proposal is submitted. A chair for the session must also be identified. Please submit your proposal in English. The submission deadline for proposals for colloquia is November 30, 2014. Submissions should be sent to xvicml@fil.bg.ac.rs. Please specify in the subject line: abstract submission for colloquium.


Proposals for individual papers
Please submit by e-mail a one-page (500-word) abstract of your paper, including your name, affiliation, address, phone and e-mail address at the end of your abstract. The abstract should include enough detail to allow reviewers to judge the scientific merits of the proposal. All abstracts will be reviewed anonymously by the members of the Scientific Committee of ICML
XV. We will accept for presentation by each author: (a) a maximum of one first authored paper and (b) a maximum of two papers in any authorship status. Oral papers will be allotted 30 minutes, allowing 20 minutes for presentation and 10 minutes for questions. The official language of the conference is English. The submission deadline for proposals for individual papers is December 31, 2014. Submissions should be sent to xvicml@fil.bg.ac.rs. Please specify in the subject line: abstract submission for individual paper.

More infomation can be found on the website of the conference.