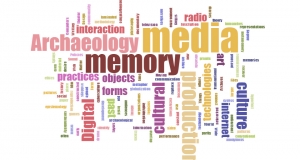 Faculty of Dramatic Arts in Belgrade organizes the international scientific conference "Media Archaeology: memory, media and culture in the digital age" to be held on 29 - 30 October 2015 in Belgrade.
The conference is part of the project "Identity and memory: trans-cultural texts of Dramatic Art and Media: Serbia 1989-2014" (project no. 178012) funded by the national Ministry of Education, Science and Technological Development.
Media Archaeology appears as multi-functional multi-disciplinary research area of memory, media and culture at a time when the humanities, cultural studies, media studies and the arts are increasingly focused on digital media and technology.
The archaeological metaphor refers to the need of articulating the material traces of the past and their social, cultural and political contextualization. In this mapping of sediments and layers related to space, time and events, media archaeology is understood as "archaeological" and "forensic" research of media, culture, media discourses and texts, media organisations as well as cultural policy. This notion takes into account the expanded media: from traditional media (theater and film, the mass and electronic media) to new media (social, digital, screen media) and the arts.
We invite contributors to address some of the following issues:
• Media Archaeology, (new) media and representations of the past: mediation of memory, transnational memory, cultural memory, archiving and dissemination of memories, internet archive, globalization, digital memory, meta-memory.
• Production aspects of "applied" media archaeology: media organizations, technologies of production and reproduction, production and new media environment, production of the documentary, radio and television formats or commercials.
• Practices and policies of new media art and culture: art and technological development, audio-visual, trans-media, post-dramatic, film & video game texts, digital media, philosophy of media, cyber-culture, mediated identities.
An abstract of no more than 250 words with a short CV ( up to 200 words) in English or Serbian should be sent to fdu.conference@gmail.com by 15 June 2015. Notification of accepted papers will be sent by the end of June 2015. The languages of the conference are English and Serbian. The conference fee is 25 euros.