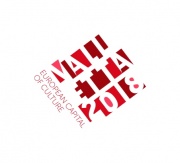 Filming Locations: The Fabric of Culture, Myth and Identity is the 6th annual international conference dedicated to small cinemas which will be held in Valletta from the 24th to the 26th September. This conference, which is aimed at academics and professionals from the media industry, addresses the phenomenon of on-location shooting, while viewing this through cinematic lens of ‘smallness’.

A call for papers is currently open. The organisers also accept submissions from organized panels constructed of more than three people. All presentations should be limited to 20 minutes. Those interested in submitting must send a 300 word abstract with a 150 word bio note to info.cauchi@gmail.com by not later than 20th July. Possible topics which one may write about include (but are not limited to):

The historical development of location shooting in a particular context.