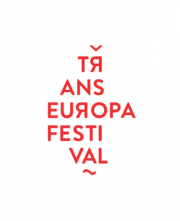 TRANSEUROPA is a festival of arts, culture and politics. This year's festival takes place in Belgrade from October 1-5. The festival is transnational in its fabric, concept and content. Its main objective is to create a temporary space for people from throughout Europe to exchange, co-create and find common ground for future actions to call for democracy, equality and culture beyond the nation state.

The programme is conceived of with various professionals, activists and artists throughout Europe in order to tackle the most burning issues facing the continent from a transnational point of view: war on the European continent, the rise of nationalism and xenophobia, the danger of the unravelling of the European Union (Brexit and Grexit), the continuation of self-defeating economic policies and mass unemployment, the persistence of corruption, the hecatomb in the Mediterranean, increased attacks on human rights and the questioning of freedom of movement for European citizens and migrants alike.

These tendencies push us away from the core political principles of justice, unity and solidarity. But there are also positive, albeit fragmented signs.

TEF15 will give a strong push in this direction and go beyond fragments.
TEF15'S PROGRAMME IS OPEN FOR YOUR CONTRIBUTION.

Are you an artist, activist, designer, performer, hacktivist, gamer, thinker or collective who loves to share what you do or think? Do you want to co-create an exciting transnationally sourced and organised festival that combines politics with art and culture in Europe? Does the idea of picking up the pieces in order to go beyond the fragments of the current European political context excite you? Do you want to become part of a growing community in Europe and beyond that believes change only happens through joining our hands and minds?

The TEF15 programme is now open for your contribution. Before applying, we encourage you to read through the festival concept note here

We think mapping a 'path to beyond' can start with a focus on new forms of politics and movements, on the commons, on migration and mobility, and on alternative economies. Contributions on any of these topics, taken broadly, are welcome. Formats can range from a workshop to a theater performance, from a lecture to an urban game, a film, or a visual art piece. Mixed formats are also encouraged. Our festival is a political festival with a strong emphasis on creative, disruptive and interdisciplinary methods.

Fill the form apply by 2nd of July: docs.google.com/a/euroalter.com/forms/d/1ON62bKfPq8T-Q-qeGW6PWoVJtRKu6z3j-5PWYXufWbo/viewform

All selected entries will be notified in the first week of July. Travel to and accommodation in Belgrade will be covered. There will be a small budget/stipend for each successful entry, depending on funding.