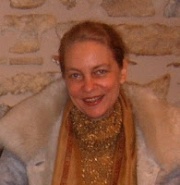 What is the rationale of your thematic area?

The thematic area was created in late 2008 to respond to international geopolitical and socio-cultural changes which take place at the scale of urban networks and the organisation of urban space. The establishment of the area reflects growing public awareness on the importance of cities as nodes in European and global flows of capital, migration, ideology and culture. Cities are increasingly seen as sites in which new forms of identity can be created and co-exist – for example through the promotion of innovative design and new architectural developments, culture-led urban regeneration and creative management of public space.

Currently we also observe a process of rescaling of governance and growth of the potential role for cities as a driving force for social change in a new ‘European society’, a notion offered by Manuel Castels, in which – to put it in Simioforides’ words – Europe is ‘a community of cities rather than a community of nations and/or countries’. Therefore, the dynamics of European cities in a range of contrasting contexts, related to various forms of inclusion-exclusion, requires closer attention in order to understand contemporary processes of socio-cultural change and the potential for managing such change in the urban environment. Current European enlargement and integration processes suggest the need to re-think implications of the new multicultural context, particularly to minimize the negative effects of this new cultural situation of constantly growing and less manageable diversity.

Arts and creative activities are of profound significance in this process of promotion of inclusive European citizenship as instruments for social cohesion and reintegration. This is due to their value added to stimulate positive cultural identities and to afford opportunity for self-expression and self-determination of different sections of the population, including various disadvantaged groups.

Tell us more about the thematic area’s objectives.

Against the background of this new urban reality, we want to organise a creative core of scientists and practitioners in the area of urban management and cultural politics of the city for sharing professional experience, exchange of information and developing of joint projects of common concern. We also wish to raise awareness of civil society and relevant institutions about the possibilities for urban regeneration policy and the potential of urban environment as a factor of social integration of various disadvantaged groups on the territory of the city. There is furthermore a clear need to create a bridge between the academic world and the urban policy-makers by involving them in academic and research programmes, and be sensitizing them about existing innovative practices and shifts in urban planning and regeneration.

We encourage systematic multidisciplinary comparative cross-national monitoring and analysis of important problems of urban development, enabling the comparison of existing urban policies and elaboration of most effective and context-sensitive urban policy models. It is also our aim to develop a database of empiric results, research findings and examples of innovative urban planning and use of urban imagery which allows the identification of good/bad practices – and also examples of successful/unsuccessful urban identity formation. We strive to stimulate debate among the scientific community and cultural sector about alternative science-based approaches in urban planning and regeneration – for example through conferences, special publications, photo-exhibitions, catalogues and media campaigns presenting changing European townscapes.

We want to map the curriculum of existing education and training programmes in the field of urban studies and to prepare a model for interdisciplinary programmes in ‘Urban management and cultural policy of city’, thus enriching the theory of cultural management with issues about the cultural politics and management of the city.

Who are the members, whom do you target with your activities?

The broad platform of the thematic area attracts not only ENCATC members from Europe and non-Europe, but also non-members. There are four strategically important groups as regards the issues of urban planning and management. First, academics and researchers with a background in humanities, social sciences, arts, architecture and design.

Third, artists as well as artistic and cultural associations and institutions. And, fourth, key figures of urban planning and city management (planners and policy makers)

We target more or less similar groups. Education, training and research institutions such as universities, colleges, and similar organisations dealing with education in the field of cultural management and cultural policies; public and private cultural organisations and associations at international, regional and local level; key figures of urban governance; and the business sector.

What are your activities – achieved and planned?

Being established only at the end of 2007, a major focus in 2008 was area consolidation and defining its action priorities based on a review of existing projects, research and education practices and training programmes.

At the first thematic area meeting in the context of the ENCATC Annual Conference in Lyon in October 2008, we agreed on two additional strands of activities: creative projects for revitalizing banal public spaces as well as lobbying for better public spaces in the cities we all live in. An important event earlier this year was the ENCATC seminar “Can we build creative cities and regions?” in April in Brussels. It was jointly organised by our working group “Urban management and urban policy of the city” with the ENCATC working group “Creative entrepreneurship and education in cultural life”. The seminar, held in the context of the European Year of Creativity and Innovation 2009, examined new ways to enhance the creative potential of cities and regions.

Forthcoming activities of our thematic area are study visits such as ‘Creative city’ (Barcelona 2009), the thematic area meeting ‘The City We Have, the City We Dream’ (Utrecht 2010) as well as the elaboration of a system of criteria and the development of a network for monitoring urban development.