Boris Ružić (1985) is a teaching assistant at the Department of Cultural Studies, University of Rijeka, Croatia. He is a PhD student of “Interdisciplinary Humanities”, researching the dialectics of the “filmic” image with the thesis “The Gaze Behind the Screen: Perception of Images in Media Texts“. He holds four seminar courses at the Department of Cultural Studies since 2010 (Introduction to Film and Media Studies, Directions in Film and Media Studies, Film and Culture and Visual Culture).

He is an editor of “The Window into the Digital” on the Croatian radio, a programme dealing with topics such as technology, media, visuality and philosophy in contemporary society. He is also an author and columnist for the Croatian website Tportal. 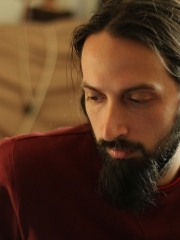