Coordinator of the UNESCO Chair

University of Arts in Belgrade

Julija Matejić is a PhD candidate and scholar/researcher at the University of Arts in Belgrade, as well as the coordinator and teaching assistant of the UNESCO Chair in Cultural Policy and Management (Interculturalism and Mediation in the Balkans), interdisciplinary master study program organized in cooperation with the Université Lumière Lyon 2.

Following her career as a pianist, she has developed into both a professional in the field of arts management, as well as a researcher in the cultural studies field. After graduating from the Faculty of Music (Piano department, 2007, Professor: Aleksandar Serdar, average grade: 9.89 out of 10) and from the UNESCO Chair in Cultural Policy and Management (2009, mentor: Prof. Dr. Milena Dragićević Šešić, thesis title: Music in Public Space, average grade: 9.00 out of 10), she is currently a PhD candidate at the interdisciplinary study program The Theory of Arts and Media, also at the University of Arts in Belgrade (Mentor: Prof. Dr. Mirjana Veselinović Hofman, Co-mentor: Prof. Dr. Miodrag Šuvaković, thesis title: Theory of Performing Practices in Music (Performativity of Pianism), average grade: 9.89 out of 10).

As a pianist, she has performed in numerous concerts and competitions in Serbia and abroad (solo, in chamber ensembles, and with symphony orchestras), as well as acquired the status of a freelance artist as a member of the Association of the Music Artists of Serbia (UMUS, 2002-2012).

As a cultural manager, she has participated in the planning, organization, and promotion of more than 200 classical music concerts in 16 cities across Serbia, as well as numerous conferences and seminars.

Julija Matejić is the coordinator of the UNESCO Chair in Cultural Policy and Management (since 2010), as well as an expert associate for Interdisciplinary studies at the Rectorate of the University of Arts in Belgrade (since 2012).

As a researcher, she has attended and participated in numerous local, regional and international seminars and conferences in the field of cultural policy, management in culture, intercultural dialogue, cultural diplomacy, politics of memory and sustainable development.

She is one of the editors of the internet platform The Cultural Policy and Management Platform (www.culturalmanagement.ac.rs), a unique regional multilingual searchable database of educational and research institutions, as well as the relevant civil society organizations and networks in the fields of cultural policy research, advocacy and cultural management training in South-East Europe.

Since October 2013, Julija Matejić has been a teaching assistant at the UNESCO Chair in Cultural Policy and Management (course: Strategic Management in Culture, professor: Dr. Milena Dragićević Šešić).

In October 2015, she was invited to hold a lecture at the Master 2 pro Développement de Projets Artistiques et Culturels Internationaux at the Université Lumière Lyon 2 (France), and in December 2015 to hold a presentation at the First Coordination Meeting of category 2 institutes and centres under the auspices of UNESCO and UNITWIN Networks/UNESCO Chairs related to the Culture Sector, at UNESCO Headquarters in Paris (France).

2014–2018
EEEmerging Project
A large-scale European cooperation project promoting the emergence of new talent in early music, supported by the Creative Europe program of the European Union (Culture Sub-program 2014–2020 – Support to European cooperation projects).
The Project is coordinated by the Centre Culturel de rencontre d'Ambronay (France), along with seven co-organizers from Europe, with the support of 37 international partners and six European professional networks. Partners in charge of the evaluation are the Agency La Terre est ronde, Lyon (France), the University of Arts in Belgrade (UNESCO Chair, Serbia), and the University of Valencia (Spain).
*2015 – Within the framework of the Project, actively participated in the working meeting of the co-organizers in Ambroney (France), October 2015. 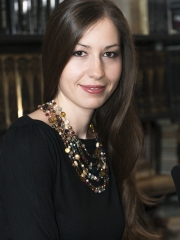