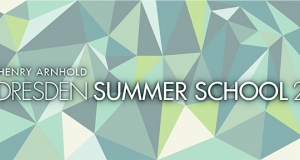 Participation in the Henry Arnhold Dresden Summer School is open to young postgraduates (esp. PhD students, post-docs) from the relevant disciplines, as well as young museum or library professionals.

Following in the tradition of cabinets of art or curiosities (Kunstkammer) and studioli, museums and libraries have come to understand themselves as places devoted to collection, preservation, and scholarship. At the same time, they have also routinely taken on a political significance, insofar as they represent the prevailing balance of power and system of knowledge. Furthermore, in the course of opening their collections to the general public – by means of exhibitions and cultural education in a variety of different forms – cultural institutions have always also played an active role in shaping social discourse.

Today there exists a perception that the world is in a state of general crisis, bringing in its wake heightened levels of uncertainty and new forms of protest, while lending added momentum to right-wing populist movements. In the light of this background, a discussion on the new functions being performed by cultural institutions seems particularly relevant. In many places, museums have already taken an active stand in this wider discussion – such as the Whitney Museum in New York, which hosted the “Astro World” exhibition by Oscar winner Laura Poitras, and the show at Kunsthalle Wien entitled “Political Populism”. Dresden’s various cultural institutions have also put on a number of events that serve to re-affirm their commitment to openness and cultural diversity.

Given the political and social dynamics shaping our contemporary context, just how political can, and should, cultural institutions be – indeed, how political are they allowed to be? Is there a stronger expectation now than previously for museums and libraries to give a sense of direction, to state their position within political debates, and influence policy-making? What bearing does the politicization of the wider social environment have upon the way cultural institutions understand their place in the world? The Henry Arnhold Dresden Summer School 2016 hopes to explore these questions in a series of workshops, talks, and discussions.

The Henry Arnhold Dresden Summer School is a joint project between the TU Dresden, German Hygiene Museum, the Military History Museum, the Saxon State and University Library Dresden, and the Staatliche Kunstsammlungen Dresden. Its aim is to provide a forum in which to discuss the political challenges currently faced by cultural institutions. It will include individual workshops in which participants can examine actual questions raised by projects currently being undertaken within the various institutions, while developing proposals outlining how they might best be approached. Themes for discussion in the workshops will include: the formation of national myths; digital access to National Socialist publications; the controversy surrounding the concept of “race” in exhibitions; and the different modes of representation employed by museums for political themes – by looking, for example, at the results of provenance research, or the presentation of art from the GDR-era.

The Henry Arnhold Dresden Summer School’s two-week programme is an opportunity not only to take part in in-depth discussions with the various participating institutions and their representatives, but also to engage in an extensive exchange of ideas with renowned experts, scholars, and museum professionals. Parallel to this, the DSS-Lab will provide a creative space for participants to reflect upon their experiences and discuss further the ideas they have encountered.

The fee for taking part in the Dresden Summer School is €250 per person. Travel expenses will be covered and accommodation and catering provided.

The working language of the Summer School is German although some segments of the programme and individual discussions may be held in English. We expressly welcome applications from abroad, though advise that candidates should be able to follow lectures in German.

Accompanying the Summer School is a blog written by participants (http://dss.hypotheses.org/). Applicants to this year’s Summer School should be willing to compose a few blog posts during the two weeks in October.

Please send your application per email to: felicitas.von_mallinckrodt@tu-dresden.de. The application should consist of a personal statement and a current CV. The personal statement should be no longer than a page and relate directly to the topic of this year’s Henry Arnhold Dresden Summer School. We expect to have processed all applications by early July.