Faculty of Dramatic Arts, University of Arts in Belgrade

Mirjana Nikolić is a professor at the Faculty of Dramatic Arts in Belgrade, Head of Department of Management and Production in Theatre, Radio and Culture and Head of the Scientific Council of the Faculty of Drama Arts. The genaral areas of her expertise is Media studies, Management of media and Media ethics.

She is the author of three books: Ether over Belgrade (1999), Radio in Serbia - 1924 – 1941 (2006) and Broadcasting in Serbia during the Second World War (2009) and over the twenty scientific and professional articles for national and international journals. Some of them are: Reconstruction of Serbian radio - possibilities of media for European integration in Anthology of the Faculty of Dramatic Arts, no. 11/12, Beograd: Faculty of Dramatic Arts, Institute for Theatre, Film, Radio and Television (2007); Future of the Radio in the enviroment of new technologies in Society and tehnolog (Split, 2007);  The role of Serbian electronic media in the European integration process in Education, Arts and Media in the Process of European Integration, Belgrade: Faculty of Dramatic Arts, Institute for Theatre, Film, Radio and Television (2008), Hate speech between national homogenization and degradation of diversity in Media culture, Niksic/Dubrovnik/ Novi Sad (2010), Ethics of media – between individual, professional and social responsibility in Kultura, no. 127, Review for the theory and sociology of culture and for cultural policy, Belgrade: Center for study in cultural development (2010).

She has been actively involved in numerous trainings, conferences and research projects at the University such as: International conference: Cultural memory (Skopje, Macedonia, 2013); Management of culture and media in the knowledge society (Belgrade, 2011), Education, Arts and Media in European integration process (Belgrade, 2007), Society and tehnology - the position and role of electronic media – convergence of the media, (Split, Croatia, 2007), Media and education (Belgrade, 2003); Research project: Identity and memories: A trans-cultural texts of Dramatic Arts and Media (Serbia: 1989 – 2014); Arts and Media in European integration process (2005-2010); The Media representation of Serbian national and cultural identity (2002-2005), Media and education (2002-2004). 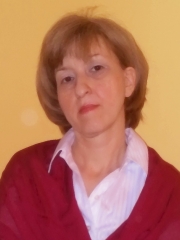