Nada Švob-Đokić is a Senior Research Advisor at the Department for Culture and Communication,  Institute for Development and International Relations (IRMO), Zagreb, Croatia (former IMO – Institute for International Relations that changed its name in March 2013). Her research areas and teaching courses include cultural and scientific development and transitional policies and strategies. She has been particularly involved in problems of multiculturality, intercultural communication, management of cultural differences, cultural industrialization and technologically induced cultural change. She has done consultative work for international  organizations (UNDP, UNESCO, INSTRAW), and European institutions (Council of Europe).

Dr Švob-Đokić has experience in teaching university postgraduate courses in Zagreb and Rijeka, and international courses (e.g. Redefining Cultural Identities, Inter-University Center, Dubrovnik 2000-2004). An important part of her professional work has been devoted to the establishment, development and supervision of international co-operative networks: the establishment of the ISDRI – International Network of Development Research Institutes, which functioned from 1983 to 1991 and was connected to the Research and Information System of Developing Countries – RIS, New Delhi.

She was actively involved in the establishment of CULTURELINK – Network of Networks for Research and Co-operation in Cultural Development, supported by the Council of Europe and UNESCO. She is the author of 300 articles, books and studies, and the editor of The Emerging Creative Industries in Southeastern Europe (Zagreb, 2005) and The Creative City: Crossing Visions and New Realities in the Region (Zagreb, 2007). 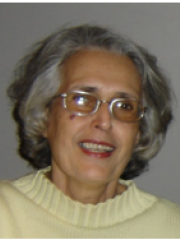