Institute for Development and International Relations (IRMO) in Zagreb

Nina Obuljen Koržinek graduated from the Academy of Music and Faculty of Arts of the University of Zagreb. She holds a master’s degree in Political Science from the University of Zagreb (2004). In 2013 she obtained her Ph.D. at the same Faculty and defended her doctoral thesis “Impact of international integration processes on the changes of scope of national cultural policies”.

She has also completed a one-year programme at the Diplomatic Academy of the Ministry of Foreign Affairs of the Republic of Croatia.

She was enrolled in courses at the Université Paris-Dauphine.

Nina Obuljen Koržinek works as a researcher at the Institute for Development and International Relations in Zagreb. Her research interests include cultural and media policy studies as well as European studies.

She published books and articles as well as expert studies in Croatian and international journals. She worked as an expert on various projects for UNESCO, Council of Europe, European Cultural Foundation, UNDP, European Parliament etc.

She held positions of State Secretary (2008-2011) and Assistant Minister (2006-2008) at the Croatian Ministry of Culture where she was responsible for the sectors of arts, culture and media. She was a member of the negotiating team for the Croatian accession to the EU responsible for the fields of culture and education as well as information society and media.  She is currently Chairperson of the Programme Council of the Croatian Radio and Television. In 2013 she received the Order of Arts and Letters from the French Ministry of Culture.

3. Obuljen, Nina.
From Our Creative Diversity to the Convention on Cultural Diversity: Introduction to the Debate // UNESCO's Convention on the Protection and Promotion of the Diversity of Cultural Expressions: Making It Work / Obuljen, Nina ; Smiers, Joost, editor(s).
Zagreb : Institut za međunarodne odnose, 2006. Str. 19-35.

Recent scientific papers in other journals

1. Obuljen, Nina.
Evolution of the process of ratification of the Convention and follow up of it's implementation. // Collection de l'UMR de droit compare de Paris. 21 (2010); 65-73 (journal article). 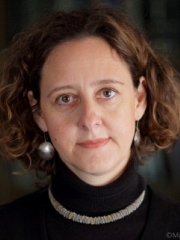