Sanjin Dragojević was born in Zagreb, March 3, 1961. He studied philosophy, comparative literature, and computer science at the Faculty of Philosophy, the University of Zagreb, and he graduated in 1986. In period 1987-1993, he has been working at the Institute for Development and International Relations, Zagreb.

He has been participating in the work and coordination of two world networks whose focal point is at the Institute: Network of Networks for Research and Cooperation in Cultural Development (Culturelink), and the Network of Scientific Development Research Institutions in Developing Countries. Dragojevic is also on the editorial board of the bulletin of the Culturelink network. He has been involved and still frequently participate in the projects carried out by the Institute in the fields of culture, information and communication. Sanjin Dragrojevic finished post-graduate study in Information Sciences at the Zagreb University. His works has been published in domestic and foreign scientific journals, as well as in the proceedings of domestic and international conferences, which he frequently attends and in which he usually actively participates (he contributes papers, presentations, reports, etc.). In 1992 he became the winner of the Pergamon Press Prize in European studies.

He is co-editor of the first version of the set of publications entitled "Guide to Current State and Trends in Cultural Policy and Life in Unesco Member States", project sponsored by the Unesco which covers all 160 national cultural policies in the world. In 1993 Sanjin Dragojevic has finished the project entitled "Need for a New Theatre Management in East European Countries", sponsored and financed by the KulturKontakt, Austrian foundation. In 1994 he has finished project "Structuring of the Cultural Information Systems in the Central and East European Countries", financed by the Central European University, Prague. In period 1995-1998 Mr. Dragicevic participated as researcher in project entitled "Cultural Capital and Development Strategy of Croatia" financed by the Croatian Ministry of Science and Technology. In 1997. he was the main researcher in project entitled "Assessment of Cultural Information Needs in the Central European Countries in Transition Towards Market Economy" undertaken by Unesco. During the same year he was one of leading experts in project "Evaluation of National Cultural Policy of the Republic of Croatia" undertaken by Council of Europe. In the period 1995-1998 he was a Head of Department for Bilateral Cultural Co-operation at the Croatian Ministry of Culture. Mr. Dragojevic has been working as cultural consultant for County of Istria (province of Croatia), The Moving Academy for Performing Arts (Amsterdam, The Netherlands), Croatian Humanitarian Network (Zagreb), Stella Film (Zagreb, Croatia) and many others.

Sanjin Dragojevic is permanent guest-lecturer on two postgraduate study in cultural management organized by the Institute for Cultural Management, Vienna, Austria; and the Institute for Cultural Research, Krems, Austria. At the moment he is lecturer at the Faculty of Political Science in Zagreb, University of Zagreb, teaching subjects "Sociology of Mass Communication" and "Sociology of Culture". The areas of his interest include philosophy and sociology of culture, cultural development and international cultural cooperation, cultural policy, cultural management and information systems in culture. He speaks English and French, and understand German. 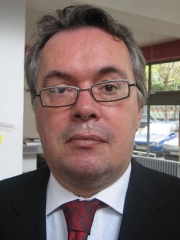