Sofija Drecun is the executive project coordinator and editor of The Regional Cultural Policy and Management Platform. She is a co-founder of an NGO “ORUK” and runs an internet consultancy agency Web & Tech Feed.

She graduated from Faculty of Dramatic Arts in Belgrade in 2011 (Bachelor of Science in Management and Production in Theatre, Radio and Culture), and from the University of Arts in Belgrade in 2012 - the UNESCO Chair in Cultural Policy and Management - joint interdisciplinary master study program organized with the Université Lumière Lyon 2, with the thesis “Internet based religions: Alternative and deregulated system of belief in new media environment”. She is currently enrolled in doctoral scientific studies of management in culture and media.

As a student and a researcher, she has attended numerous local, regional and international seminars and conferences in the field of cultural policy, management in culture, media etc.

She has participated in numerous different seminars and workshops, and has presented her papers at following conferences: 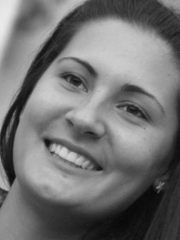